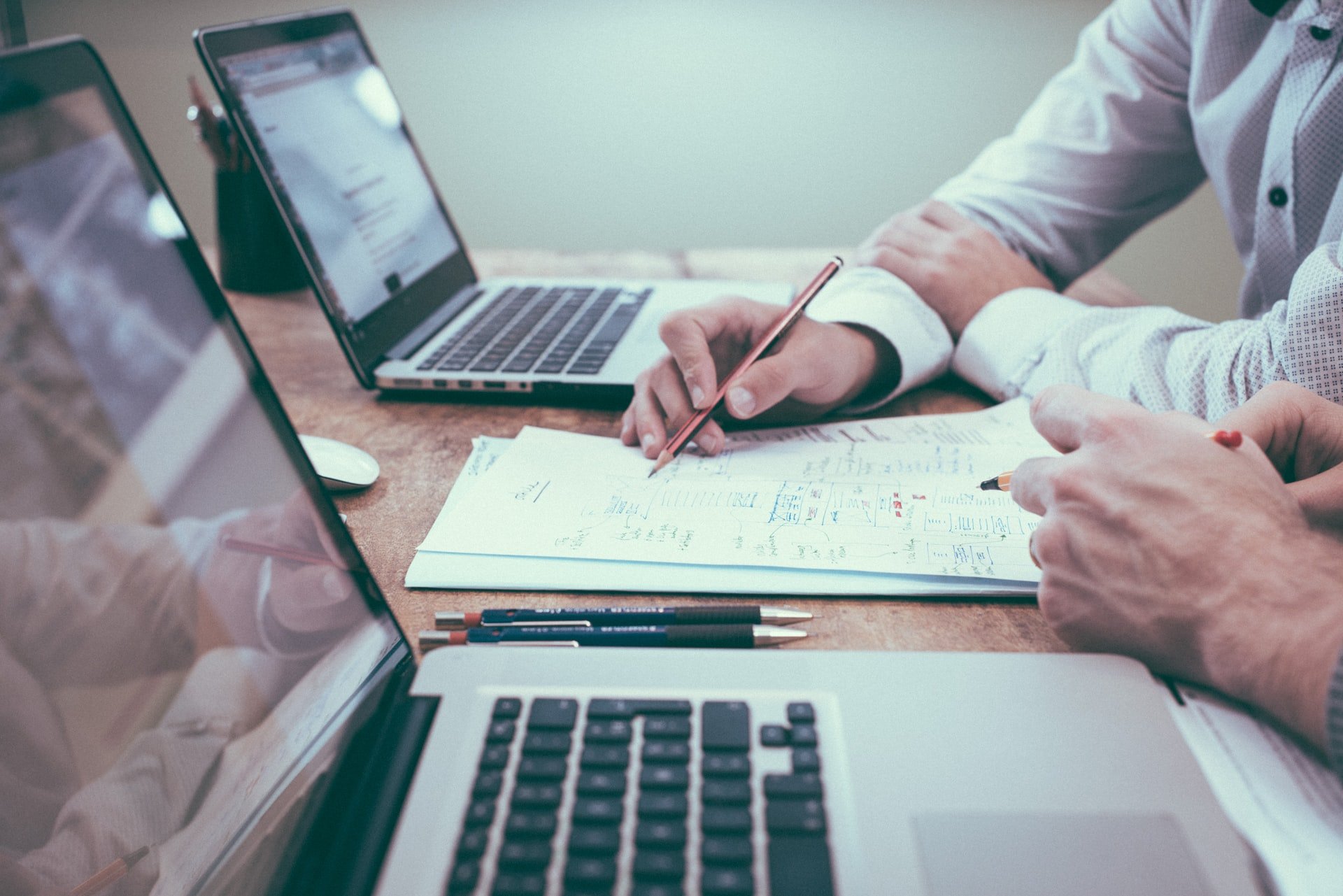 Photo by Scott Graham on Unsplash

Ever wondered which one of these two laptops would be the best for you?

I’m sure you have!

Today, we’ll be doing a head-to-head comparison between the Asus Zephyrus G14 vs. the Dell XPS 15, to help you decide which one fits your needs the best.

If you do not want to go through the whole comparison, here’s a quick summary of everything I’ve talked about: 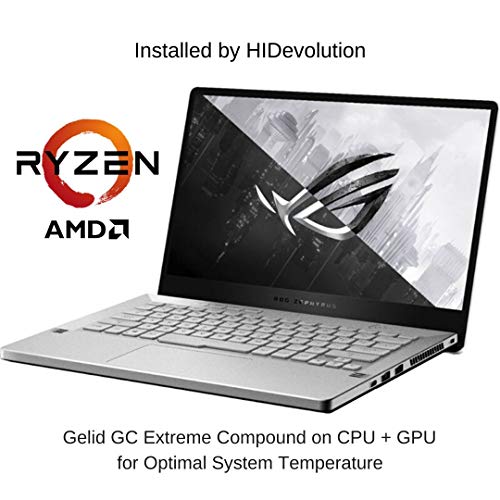 Asus ROG Zephyrus G14 is MUCH better for performance, as it has a more powerful processor as well as more memory, and a better Graphics Card.

Zephyrus G14 is a better choice for portability as well. While on the other hand, Dell XPS 15 9500 comes with a higher resolution 4K display that is more color accurate and is bigger overall.

I am going to mention each specification of the laptops and then give my opinion on what this laptop is capable of considering that specification and then talk about the second laptop the same way.

I will finally give a short summary answer comparing both specifications of both laptops and giving you a verdict which one is best for which task.

First, let’s take a look at the specs of both laptops, and then I’ll go over each of them one by one.

Let’s first talk about the processor and compare them both to see which one of these is more powerful or more suitable for your work.

Because Intel focuses more on single clock speed performance, software like After Effects will take advantage of this Intel CPU better, than the software that relies more on multi-core performance such as Premiere Pro, Blender, and Handbrake.

Also, I wish Intel had a 7nm processor technology in 2020, unlike AMD’s Ryzen, so we could compare both processors head to head for what it’s really worth.

But unfortunately, they do not have 7nm CPUs yet, and I am not sure if they’ll have them anytime soon.

CPU in the Asus Zephyrus G14

Overall, it’s a great multi-core performance CPU that is a beast when it comes to applications that take advantage of this luxury. 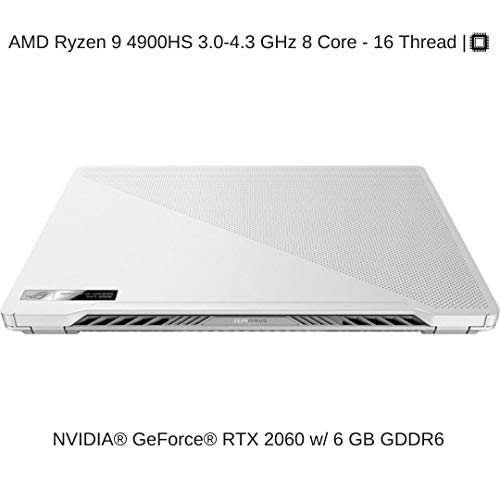 Also, because the Ryzen CPUs are on the 7nm architecture, they’re faster, more powerful, and efficient than Intel CPUs at the moment. Basically.

The smaller the size in nm’s, the closer the stuff is that’s inside the CPU, and the closer it is to each other, the quicker it interacts and processes things, and the less power it has to use to do that.

I was just watching Jared’s video on the comparison between Intel’s i7-10875H vs. the R9 4900HS from Ryzen and was not surprised to see Ryzen beating Intel again while consuming less than half the power compared to Intel’s i7 10875H processor.

All in all, Ryzen has always been a king when it comes to multi-core performance, which is why I’d recommend that if you’re planning on doing video editing or any kind of productive work, Ryzen is the way to go. It’s cheaper, and it consumes less power overall, which will allow you to work for longer while still having a decent amount of battery left in store.

But, if you are into gaming and want to know which one of these will perform better in gaming strictly â€“ yes, the Intel processor that’s inside the Dell XPS 15 9500 is going to perform better when it comes to gaming alone.

Not only that, but it will also perform better in After Effects when paired with a two of 16GB RAM sticks totaling to 32GB of RAM in dual-channel.

Because After Effects uses RAM to store frames as it processes everything, allowing you to view the play-back at much faster speeds as it would with only a 16GB of RAM or even 8GB of RAM, as it would have to store the rest of the frames that couldn’t be stored in the RAM, in the slower SSD or even slower Hard Disk.

Again, get the Ryzen laptop for productivity and CPU heavy tasks overall, and the Intel laptop for tasks and software that solely take advantage of single-core performance, such as Gaming, and using After Effects.

The Dell XPS has the same GPU that the Helios 300 has in its base laptop configuration, which was one of my favorite laptops until I laid my eyes on the AMD’s Ryzen 7 and 9 processors.

With its GTX 1060 Ti GPU, the Dell XPS 15 can handle most of the modern games just fine, and will be able to handle most newly launched games in 2021 as well, but can’t say anything about 2022.

GPU in the Asus Zephyrus G14

Because even the RTX 2060 normal GPU without the Max-Q was only about 6-12% faster than the GTX 1650 Ti in the comparison video Jared did on his channel, which you can check out here:

It doesn’t really matter which one you go with, because even with a bit slower GPU in the Dell XPS 15 9500, its price seems a bit high to me honestly, and while the Zephyrus G14 has the newer and a little bit more powerful GPU and it is cheaper, probably because of the more affordable AMD Ryzen 9 4900HS chip that’s inside it.

Based on this, I’d suggest the Zephyrus G14 to whoever is on a budget, does not matter if he’s looking one for gaming or for general productivity and video editing work.

Also, because there aren’t a lot of effects that take advantage of GPUs yet, so it wouldn’t be wise to focus on the GPU if you’re only buying the laptop for… let’s say video editing and other Adobe based software.

Save some bucks and get the Zephyrus G14.

Dell XPS 15 9500 comes equipped with the 16GB DDR4-2933MHz, 2x8GB RAM that is a bit slower than the Zephyrus G14, which uses a Ryzen CPU and you know they’re a bit confusing when it comes to memory utilization, so generally, they need to have higher clock-speed RAMs to perform optimally.

Intel on the other hand doesn’t have such confusing pairing rules and regulations with RAM, so you’ll not have to tweak with RAM, so that’s a relief I guess with Intel.

Ryzen based laptop Zeypyrus G14 has a higher frequency of 16 GB DDR4 3200MHz, 2x8GB RAM inside. It’s a good amount, for basic tasks I believe, but for productivity and Adobe software in general, I’d say upgrade it to at least 32GB of RAM, especially if you’re going to use it for After Effects.

Both laptops have the same amount of RAM, but the Zephyrus G14 houses a bit faster RAM.

If you’re going to get a laptop for Adobe software such as After Effects, go with Ryzen and upgrade the RAM to at least 32GB if it’s possible, otherwise the Zephyrus G14 is still recommended as is, for productivity overall.

But, for gaming, the Dell XPS 15. That is if you’re not planning to live stream on Twitch and on YouTube and doing video editing at the same time.

Because then the Ryzen based Zephyrus G14 becomes a better and more attractive laptop to go with, IMO.

With regards to storage, it is subjective to however much storage a person needs, so it differs from person to person, therefore, I’m not going to talk about it and you can pick however many GBs you want.

And it can be upgraded as well at any time, so it does not really matter which laptop has more storage space, don’t make your choice based on storage when buying a laptop. That’s what I’d say.

Display in the Dell XPS 15

Dell XPS 15 has a 4K Ultra HD+ Display Panel which is pretty much useless if you’re planning to game on this display alone.

But, for other creative tasks such as video editing and graphic design, it’s a great display because of the 4K resolution and the color accuracy it offers.

But, the true use of a 4K screen is only possible in productive and creative tasks, not in gaming, IMHO.

Display in the Asus Zephyrus G14

I wish Zephyrus G14 had the same display like the Dell XPS 15 because this is the machine most people will be getting for creative and productive work, including stuff that has to do with color correction and adjustment.

But, that said, the current display 14″ FHD 120Hz display isn’t too bad either, because 1080p still has its place, even though a 4K display would’ve been a way better choice.

Again, I wish the Zephyrus G14 at least also had a 4K display, as it only currently has a Full HD 1080p resolution screen.

Generally, the higher the resolution, the more color accurate the screen is, which is why I feel that the Zephyrus G14 deserved to have a 4K panel, as most people who will be getting this laptop would be getting it for video editing and other similar things that benefit from a more color-accurate display.

Overall, I’m really happy with the Zephyrus G14 out of these two laptops in the end. Also, I’d recommend it to those who’re planning to games as well as live streams and video editing for their gaming YouTube channels.

As well as for those who’re only doing freelancing gigs related to video editing and 3D animation and modeling. AND to those who’re into graphic design.

Because all of this requires a CPU that can handle multi-tasking and doesn’t let you down while you’re working.

Also, the CPU in the Zephyrus G14 is a lower TDP one, meaning requires less power to operate, so it will perform almost just as good as it would while plugged into the wall, plus it will last longer, as it is a 7nm architecture processor, unlike the 10nm from Intel’s offering in the Dell XPS 15.

The Dell XPS 15, honestly, does not seem that attractive to me when compared against this beast of a laptop from ASUS packed with Ryzen 9 from AMD, as it can everything just as good, or better than an Intel-based laptop such as the Dell XPS 15 can do, and it costs much lower than our friend Dell XPS 15. 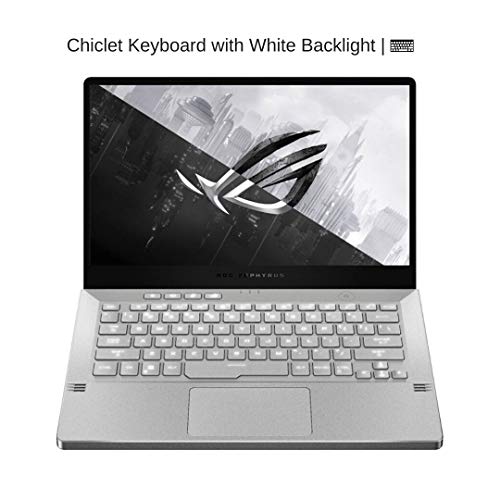 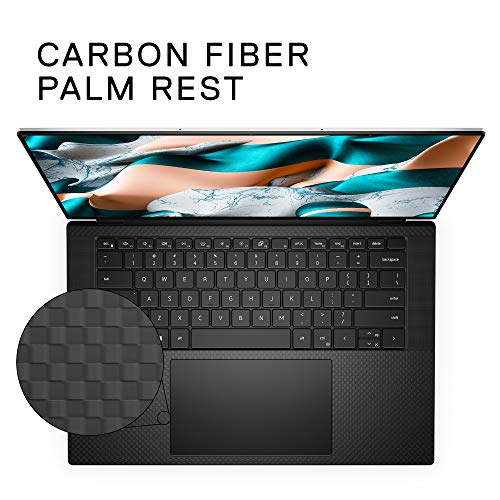 All in all, I can only say that the ASUS Zephyrus G14 wins here, and is the only laptop that I think makes sense to buy when these two specific laptops come head to head.