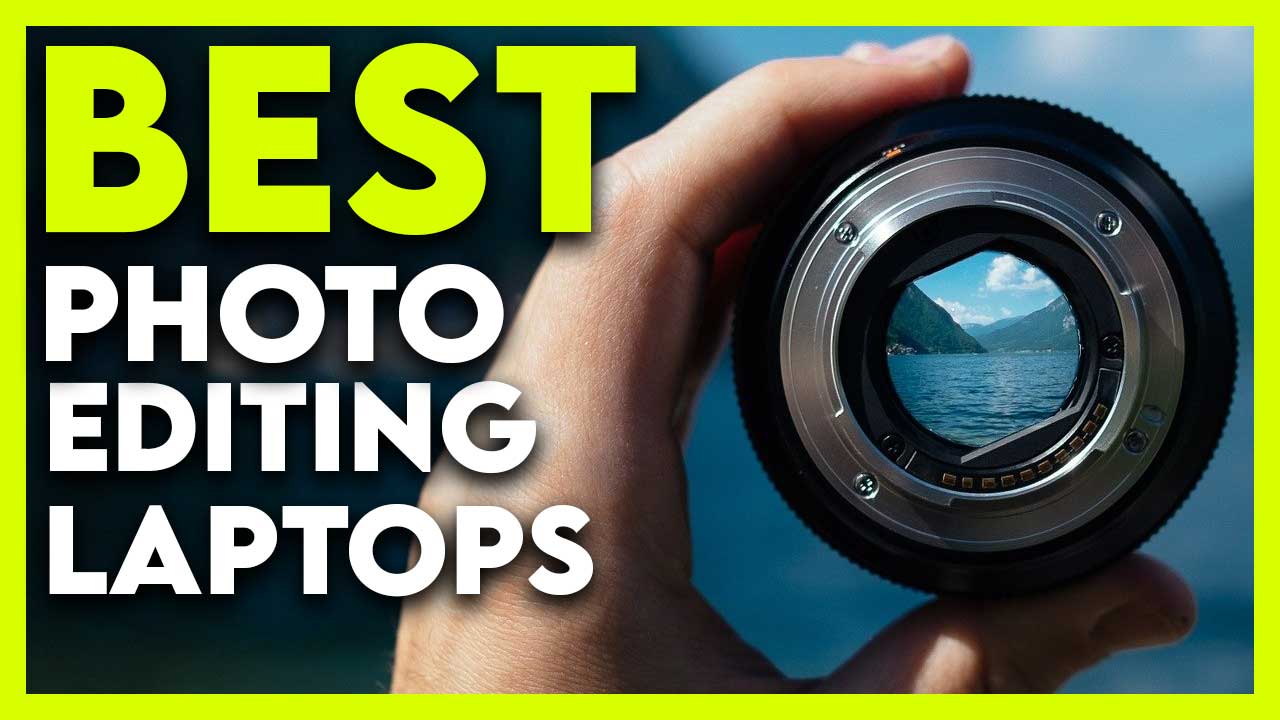 According to Salary.com, the Median salary of a Photo Editor in the US is $70,649 a year!

Imagine how much time you could save, by simply upgrading to a more powerful laptop that would breeze through your photo editing sessions?

If you ARE interested in a more powerful laptop, even though you were here to look for a photo editing laptop on a budget, this is the laptop from HP that I’d suggest you get.

Save time (money), get this laptop!

It has the latest and the greatest Ryzen 7 4800H laptop from AMD that we’ve all been hearing praises about on the Internet. It is going to save you time like no other Intel offering can at the moment in time, as they’re way behind AMD in the CPU tech these days, maybe because they got lazy or somethin’?

7 Best Laptops for Photo Editing on a Budget

Let’s now talk about the photo editing laptops that are on a budget, in case you do not want to get that “expensive” laptop above, even though it will save you TONS of valuable time that you could use to earn more money.

I’ve tried and kept the list just below $500 mark, so you don’t have to sell a kidney!

This one comes with a bit weaker processor of the bunch, but because we’re trying to keep things on a budget here, so I had to go out looking for weaker processor laptops. Rest assured, this is not a weak processor in sense that it will not be able to perform while editing photos, it is weaker compared to the rest of the laptops on this list.

It comes with Window 10 “S” mode enabled, which limits you to only use the Microsoft Store to install applications. But worry not, it can easily be turned off by following this tutorial.

This is a sleek, lightweight and easy to carry laptop that fits your bag easily. The beautiful display allows you to see and edit your photos just as you want, with its true-to-life color accuracy. And with its powerful processor that it packs, you’ll fly through your photo editing sessions without a hitch!

Overall, a great budget pick for those looking for a laptop for photo editing on a budget.

As I said before starting this article, that if you need a laptop that’ll breeze through your photo editing sessions, you need to take a look at this bad boy, HP Omen 15 that features Ryzen 7 4800H – a beast of a CPU that is fit for tasks like these.

But again, if you are on a budget, these laptops will serve you, but only for light photo editing.

This good looking ASUS laptop features an Intel i3-1005G1 CPU that is a little ahead compared to the Ryzen 3 3200U processor in some of the other options in this price range, but it wouldn’t be a good suit for video editing tasks, as they take advantage of CPUs that feature more cores, than focusing on single-core performance. Ryzen CPUs have that, meaning more cores, helpful for video editors on a budget.

But because we are solely focusing on video editing laptops on a budget in this list, so this option from ASUS fits right in.

It has an 8GB of DDR4 RAM that is upgradable in case you need more in the future, but I don’t think you’ll have to upgrade it, as photo editing doesn’t consume a lot of RAM, unlike video editing or 3D applications.

With 128GB of SSD storage, you might avoid the condition of having to upgrade to a bigger SSD, but it is likely that you’ll have to upgrade it down the line. If you are already planning to get an extra external HDD, this is the one I’d recommend, and Amazon recommends as well.

It features a full HD display, and it is a minimum you should get at least. For security, it features a fingerprint sensor that you can use to secure your pictures and files, in case someone takes the laptop and tries to have a peek!

This laptop also comes with Windows 10 S mode version, which only allows you to use apps from their Microsoft Store, if you want freedom, you can easily turn it off.

When looking at its name as well as its specs, this seems like a meh laptop to me, to be honest. But there could be features that you like that I don’t value? So at least read through what it has to offer.

It features a Ryzen 3 3200U CPU, that is a little less speedy than the Intel i3-1005G1 in the #3 option in our list from ASUS, but this one will perform just as good in video editing, as it would in photo editing. So if you’re planning on doing both, light photo as well as video editing, go with this one.

But then again, it has a terrible resolution screen that I absolutely HATE with passion! 😬 Maybe to counter that they’ve given the option that it supports up to 4K output with HDMI, so you can connect it to your 4K monitor if you have one, and have that act as the display.

Also, it features RJ-45 ethernet cable connection, if that’s of any use to you. Because most likely this laptop will use WiFi for Internet, the Ethernet connection is only good for those who like to game on their laptops, and trust me, this is not a gaming laptop!

It can handle light photo and video editing sessions, but the overall package does not seem that attractive to me at least. If you want a better option, take a look at the #3 and the #2 options in this list.

Now this laptop features a 1080p HD display which is at least the minimum you need to have, in 2021 and beyond.

It features the Ryzen 3 3200U CPU that beats the Intel i5 in terms of performance, and surely in photo editing as well as video editing.

You’ll also get a 128 GB of SSD with it along with a 500GB of HDD storage, and you’ll never need to upgrade if you’re only doing photo editing on your laptop and not storing other media files such as movies.

Finally, it has a Backlit keyboard that you’ll find to be a great feature if you ever need to work in a dark environment for some reason. It always comes in handy for me, that’s how I know.

Because of this reason, I would personally not prefer an LED display for photo and video editing, as it produces sharper colors than they actually are in real life. Meaning they aren’t really true-to-life anymore, are they? If they’re sharper!

But, if you like sharper colors and aren’t concerned much about the pictures and their color accuracy being true-to-life, that wouldn’t be much of an issue for you with this laptop.

It features the Ryzen 3 3200U processor that beats the Intel i5 in performance, so a great laptop for photo editing on a budget, as well as some light video editing.

Its 8GB of RAM is more than enough for light photo editing, Photoshop and Lightroom work, but is upgradeable in case you need to upgrade in future.

With a 256GB of SSD space that is fast and is more than enough for light photo editing workflows, you’ll almost never run out of storage. Even if you do, I’d highly recommend that you get this external SSD, as it is one of the best ones out there in the market.

This laptop comes with a Ryzen 3 3250U processor, which you may have noticed is a little different than the Ryzen 3200U, but there’s virtually no difference that I noticed in these two processors in terms of performance, according to these benchmarks.

With its anti-glare display, you’ll not be annoyed by those light reflections in your display that we’re all annoyed with when working or watching something.

The 8GB of RAM again is more than enough but is upgradable in case you need to upgrade in the future.

Finally, it does not have an SSD, but it does come with 1TB of classic HDD storage which would be more than enough for your photo backups, as they take way less space than video backups. But the HDD may feel slower compared to an SSD internal drive that is usually at least 5x faster than these HDDs.

To summarize this post, I’d personally spend a little extra and go with the HP Omen 15 as I have said repeatedly, to save time which can’t be brought back when gone, while the money always comes and goes.

As for these budget photo editing laptops, feel free to pick whichever one suits you best. I’ve tried and explained everything I could about them, their pros and cons.

But, if you want me to pick one for you, I’d say get the #1, or the #2, or maybe the #5 laptop from this list. The #5 laptop has 128GB of SSD space as well as a 500GB of HDD, while all of them share the same processor, the #5 has the edge because it has more storage than the other two laptops. Which means no need to upgrade the storage in the future, or to worry if space would e enough for your images or not.

Don’t like reading? Check out our laptop finder quiz that allows you to quickly find the best laptop for your needs. It literally takes seconds!