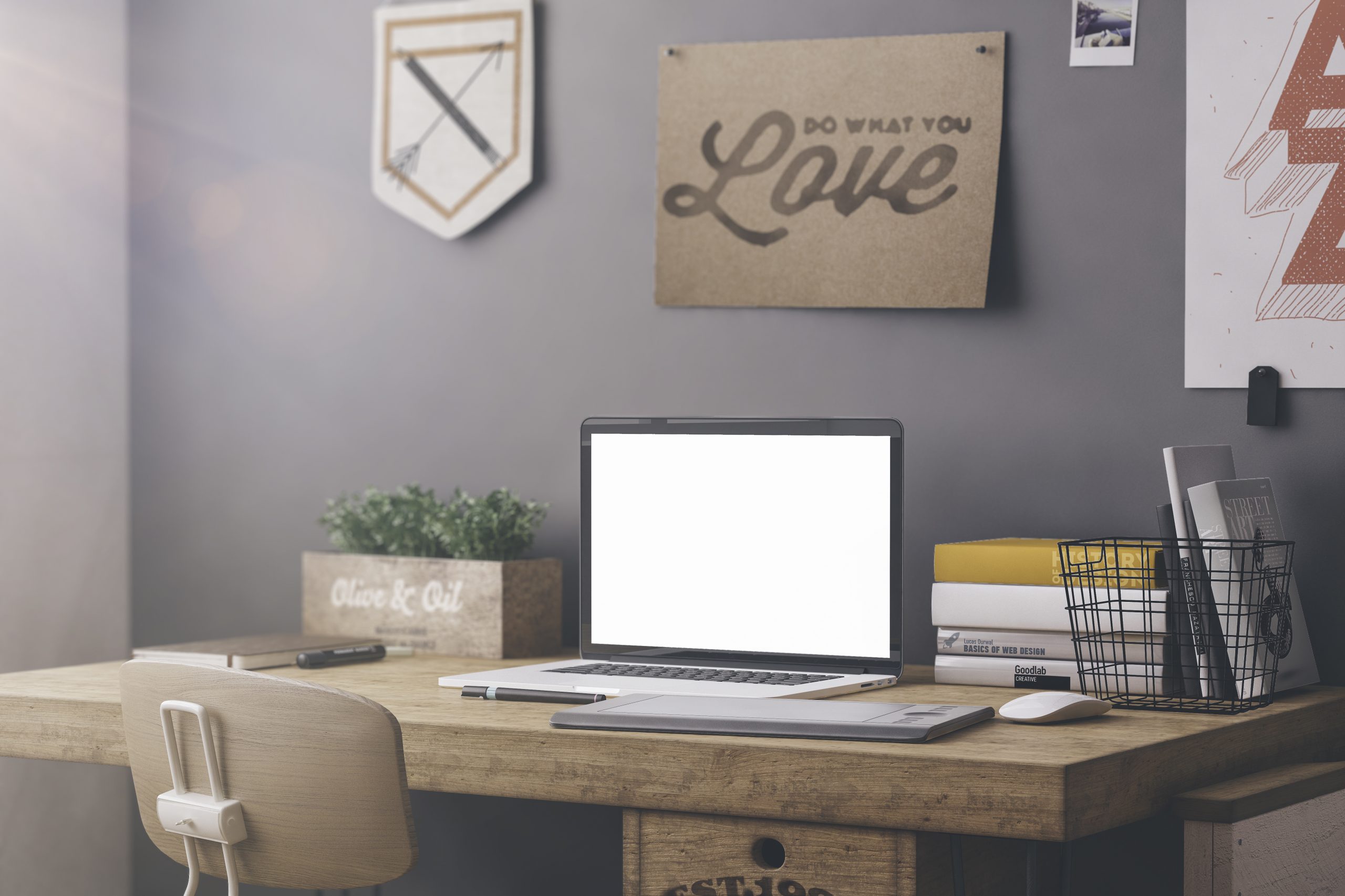 You gotta admit, there are laptops sometimes that you just feel that you MUST have it right now! But, then when you come back to your senses, you realize: “Nope, I must NOT buy that laptop”… because you actually can’t really afford it, you know 😅

That’s exactly what I feel when I look at some of these cool laptops that I wish I could buy, but I can’t. Why? Because I can’t! 😔

No more drama! Let’s dig through the list of those 8 cool laptops that I feel every one of us here reading this post can not buy, and for that reason alone, because we either can’t afford such laptops that only look cool to lure you in and when it actually comes to buying them, Nah man, we have no interest! 😅

Sorry if you feel insulted or something, I just was sharing why I and most people can’t buy these laptops for, but there’s another one big reason, which is that these laptops are more of a show-piece really, no one in their right mind would buy them because you can get laptops that are more affordable and provide more bang for the buck and are really powerful at the same time.

Anyways, let’s go and check out the laptops…

Cool Laptops I Can’t Buy, But Would Like To!

Before we get started with the list, what actually makes these laptops cool?

Their overall look and feel, their specifications, aka those powerful components they have inside, and then the final cherry on the top, their price-tag that makes these laptops look cool and only a joy to look at, and not so cool when you actually have to spend that much money on them. Yes, they would be even cooler if they actually were affordable! 😎

This has got to be one of the coolest laptops I’ve seen around so far.

What makes it cool? Well the RGB light around its exhaust area on the backside underneath the display area where the power cables will be attached, that’s what makes it one of the cool laptops for me.

And then I think the specs are great as well, but mainly the overall design of this laptop is so clean and sleek and modern and cool. All that good stuff! For some weird reason, whenever I see something like this, I feel like I have to take a bite! 😂 Not sure if that’s only me, or does this happen to everyone out there, or most people if not everyone.

Let me know if this happens to you as well, I wanna know if I am one of the weird ones or is it a common feeling among tech geeks!

Here, take a look at its review from Dave 2D aka Dave Lee from YouTube. I think he likes this laptop for the same exact reason as well, the lighting behind its back, looks cool to him as well.

Acer Predator 21X is another one of my favorites because of its looks and overall build-quality, and most importantly because it looks cool! 😎

Although I am not sure if you’d consider this tank-like design to be a cool look or not, it sure does look cool to me, which is why I’m including it here in this list of cool laptops.

One of the major benefits of huge designs like this is that these are great for heat dissipation and pushing out that not-needed hot air that causes slow-downs and ruins your gaming experience.

It sure does for me, because I’ve been recently trying to play Fortnite on my laptop and I haven’t been able to play it even at high settings without the laptop overheating and then eventually starting to drop frames.

I then decided I’ll uninstall it for now and play it in the winter when its like a 10-degree temperature in my room normally, which naturally lets the laptop run cooler for longer periods of time. I’ll clean the laptop once and then play Fortnite all winter long! 😉

Anyways, enough of my issues. Let’s check out what Dave Lee and Lew from Unbox Therapy have to say about this cool-looking beast of a laptop, because with laptops like these, you get awesome specs as well normally, which sadly then increases the price even more…

At the time we write this article it is not available on amazon, you can check now the availability here.

This laptop is cool because it has one of the coolest laptop keyboards I’ve ever seen!

Sure, these keyboards aren’t cool anymore when it comes to PC gaming, but in laptops, I don’t remember seeing a mechanical keyboard this good ever before.

If you’ve seen one like this on another laptop, please mention it below, I’d love to check it out!

When Lew checked it out, he was impressed so much that he said he’d have to switch over to this laptop now, no other keyboard would satisfy him now! 😅 The same reaction I had because I like the sound of the mechanical keyboards for one, and second their keys are so satisfying to press that I’d never switch back to normal keyboard ever again!

Basically, any laptop that has a unique and big-size exhaust and heat dissipation system, looks and feels cool to me!

And Helios 500 is one of those laptops. It looks similar to the Predator 21X I mentioned at the #1 rank in this post, and why wouldn’t it, they both are from the same company, Acer.

But honestly, this Helios 500 in my opinion is a more practical design and the Predator 21X is more of a show-piece and just looks cool, which is why it is in this list. But the Helios 500 not only looks cool, but it is also a laptop that people are buying right now as it is not that expensive, it is expensive but is not priced so high that you don’t even entertain the thought of buying the laptop, like the Predator 21X.

Here’s a video from Dave Lee that I’d recommend checking out if you wanna know more about this laptop.

This is one of those laptops that only is cool to look at, not so much useful when you actually think of buying it for yourself.

But then again, that is the case with most of these cool laptops you’ve seen here, isn’t it?

The thing that makes this laptop cool for me, is that it is the smallest laptop I’ve ever seen! As you can see, it fits right in your palms and looks kinda cute as well 😅

I’m not sure what its specifications are, but I’m sure they’d be tiny as well because it’d just heat up too much if you put an i5 or even an i3 in here. A Celeron chip may be a perfect fit for this size, or better yet, a Ryzen 3 maybe?

Here, take a look at what Linus has to say about this tiny little laptop! I thought no one would’ve known about this, but when I searched on YouTube, the first thing that came up was a video from LinusTechTips, and I had to share the video then!

It has the latest Ryzen processor along with a cool-looking design with those tiny LEDs that you can turn into a meme machine at any point, or even give someone a message secretly! 😉

It can handle gaming as well as content creation or video editing related tasks, so a good all-rounder laptop that looks cool and runs cool because of the low TDP of the processor as compared to the Intel CPUs that go to like 90-degree temperature and reduce the lifespan of the hardware as well as lower its performance.

Because it has low TDP, it gives better performance because it does not get too hot which means no thermal throttling or anything, as well as a longer lifespan of the hardware overall. Also, it will consume less battery and give you more working hours than its competitor Intel has to offer at the moment.

Basically everything screams value these days with AMD processors, which is why I will only get an AMD-based laptop or desktop when and if I need one.

Just as a side note, I’ve also featured the Zephyrus G14 laptop as the best overall value and the king of productivity laptops at the moment in 2020.

MacBooks have always looked cool to me, and Apple’s iPhones as well.

But as for MacBooks, they look clean and elegant and they always deliver and almost never fail you when you need them the most, unlike most Windows-based laptops that often cause blue-screen errors that are so annoying, especially when you’re in a game or doing a video render.

They’re lightweight as well even though they carry so much power, especially the 16-inch MacBook Pro that has the highest battery capacity Apple has ever put into their MacBooks, yet it still manages to keep a low profile when it comes to the overall weight of the laptop.

I also like that we can charge it through a power bank, because I’ve always wanted this feature in my windows laptop whenever the light goes out, which happens quite a lot here where I live.

Even though there’s so much to talk about this beast of a laptop, the coolest thing that I find in this laptop is its keyboard.

You can move and uncover those two huge fans underneath it that allow the processor to consume 120 Watts power and act as a desktop processor!

Though doing that makes it very loud, but that’s what is cool about this laptop, for me at least.

What makes this laptop cool is that it has a MASSIVE 24-hour battery life!

Check out this video from ShortCircuit where they put it to test:

Other than the battery, the price is pretty cool as well!

Because most cool things are just out of our budget, and this laptop is out of my budget as well, so yeah… it’s cool.

Imagine if they had priced this laptop around $1,000 or so, this wouldn’t be as cool looking laptop as it is right now, don’t you think? 🤔