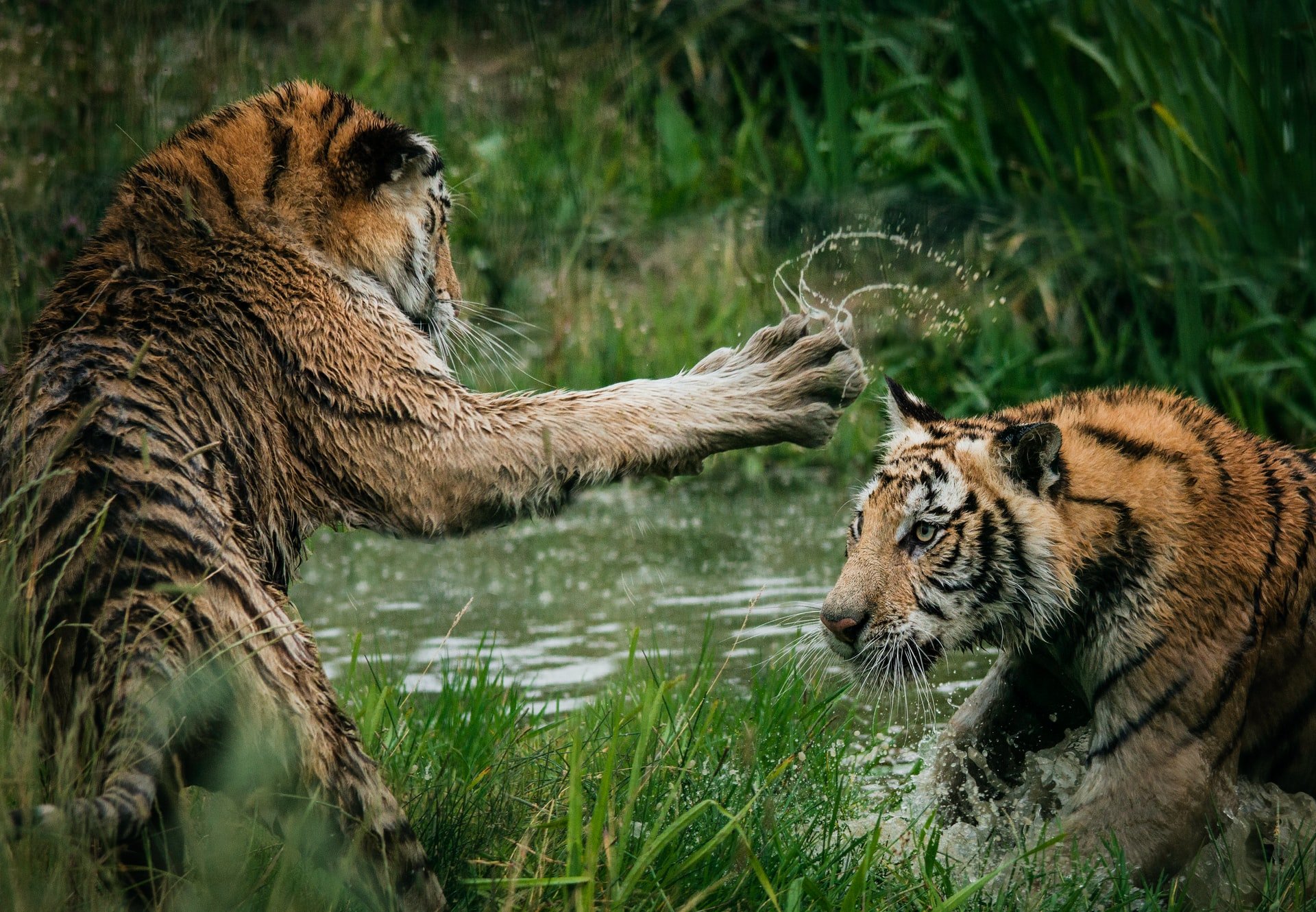 When you have two great Ryzen 7 laptops on the table, like the ones we have here- which one do you get?

But I’m going to try and clear the confusion and steer you towards which one I think you should get and why.

Let me just throw out the answer in the beginning, and I’ll explain the rest later, if you’re still interested in reading…

Eluktronics RP-15 has a higher 144Hz refresh rate display as well as a (slightly) more powerful NVIDIA GeForce RTX 2060 6GB Graphics Card. While the Lenovo Legion 5 has better driver support, a graphics card that almost comes close to the RTX 2060 while the rest of the specs are all identical to the Eluktronics RP-15.

Now let’s discuss each and everything in a bit more detail.

Looking at the CPU alone there’s no difference between the two, but please keep on reading, because, in the end, I’m going to show you how the Lenovo Legion 5 is a way better choice, even though it has a slightly slower GPU as well as a lower 120Hz refresh rate display, it still is a better choice.

The Eluktronics RP-15 has a newer and more powerful RTX 2060 Graphics Card inside, but it still is not enough of a reason to get this laptop, as there’s an issue with this laptop that prevents me from recommending it to anyone, as of right now as I am writing this post.

Also, it’s not THAT fast, the RTX 2060, when compared to the older GTX 1660Ti, so definitely not enough of a reason to consider this laptop out of the two.

The Eluktronics RP-15 again has a better and higher refresh-rate display out of the two, at 144Hz and the Lenovo Legion 5 having a lower 120Hz. But still, keep on reading, I’m going to share how it still is not the laptop for you.

Both have a 512GB SSD storage drive, so nothing to see here, both are equal. Although, the Lenovo Legion 5 seems that it is giving you more for your buck, more value and more performance and more quality experience.

I’ll tell you how.

Both come with 16GB of DDR4 RAM that’s enough for playing games for 2021. But going in future, beyond 2021, I think the RAM has to be at least 16GB as a very minimum requirement, while there needs to be a 24GB or 32GB version as the standard laptop model.

Not sure if that’s how you feel as well, but this is what I think needs to be done, as we’ve been seeing 8GB of RAM for almost a decade now, the 16GB version needs to be the lowest standard at this point.

All in all, the Eluktronics RP-15 seems a great option when we look at its specs, doesn’t it? 🤔 But did you know that it is having a lot of driver issues?

I’ve seen people complaining that their USB ports aren’t working and they’re stuck and waiting for the issue to resolve.

They can’t even install a new copy of Windows or Linux!

Imagine how you’d feel, or how I’d feel in such a situation when you’ve paid over a thousand bucks and THIS is how you end up- stuck!

Because of this issue, I would not recommend that you get the Eluktronics RP-15, even though it looks very good on paper in terms of specs and the overall package how they’re paired the Ryzen 7 4800H CPU with the RTX 2060 that no one up till this point has done, apparently.

Instead, I’d say that get the Lenovo Legion 5 laptop. Why? Because it only has a 24Hz lower refresh-rate display compared to the 144Hz, which is not much when you look at the number, you’ll probably never notice the difference between the two, especially when you’re upgrading from a 60Hz display. The 120Hz still is going to be a HUGE jump, so don’t fuss over the extra 24Hz.

That’s what I’d say in terms of the Refresh Rate of the Display, if that’s what you think is the deciding factor for you that convinced you to get the Eluktronics RP-15.

And if you want that RTX 2060, and think that the GTX 1660Ti is going to be slower, let me tell you that you’re utterly wrong! The GTX 1660Ti is very capable and almost comes close to the RTX 2060 in terms of performance.

Now of course it can’t beat the RTX 2060, but when it comes close enough to NOT make a difference, why would you want to suffer with the same fate as our friend above is suffering from?

Instead, get the Lenovo Legion 5 and enjoy the hassle-free experience, unlike the person who’s having to wait for the driver issue to fix, to be able to install Windows!

Let me just share a comparison between the two Graphics Cards so you can see for yourself how much of a difference really is between them when compared in 16 modern games.

Looking at all the things above, I’ve come to a conclusion, and hopefully, you have as well, that the Eluktronics RP-15 is not worth it! Get the Lenovo Legion 5 and you’ll enjoy almost the same performance in games, while the same performance in video editing and other productive tasks alike, that mainly require a capable CPU and do not depend on the GPU as much.

Also, by going with the Lenovo Legion 5, I can assure you that you’ll have a MUCH better experience, when you compare it to the driver issues on the Eluktronics RP-15, as I know how it feels when even a single driver issue shows up. Imagine then having all your USB ports not working! How annoying that would be.

Anyway, this is the main reason because of which I’ve come to the conclusion that you should ignore the Eluktronics RP-15 and go on the Lenovo bandwagon with their Legion 5 laptop.